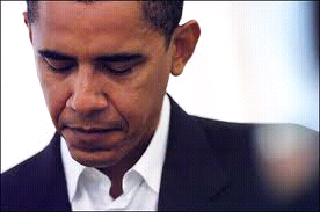 The jobs report was a “step in the right direction.”

Really? Let’s take a look at the numbers.

The economy requires 125,000 jobs a month just to keep up with population growth. Anything less, and the economy is going backwards. Today’s job numbers? 80,000 jobs created, even less than projected.

144,000 more African Americans went without a job in June, raising the unemployment rate of the black community to 14.4 percent.

Hispanic unemployment is at 11 percent.

The so-called U-6 number—the unemployment rate that includes those workers that are so discouraged they’ve given up looking for work—rose to 14.9 percent.

Millions of Americans remain out of work, and the economy shows signs of slowing. These are not steps in the right direction. The economy is not “doing fine.” If the President cannot see that here in Ohio, he doesn’t deserve a second term in office.

3 thoughts on “A Step In The Right Direction?”