The Obama Campaign released this video today: That was then this is now: 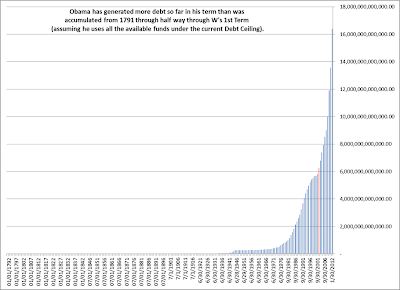 Does his debt make Obama unpatriotic?

Obama & Co. has gone from “We are the ones we’ve been waiting for” to a source of ridicule:

Some ridicule is of his own making:

If we can’t find/nominate a Republican Candidate who can make Obama a one term President, then we deserve what follows.

One thought on “Obama – That was then, this is now.”