JobsOhio passed nearly two years ago, and with bipartisan support.  It’s already shown success in creating jobs, and that’s something even the extremely liberal head of ProgressOhio can’t deny:

“I am pleased that we are creating jobs,” said ProgressOhio’s Brian Rothenberg.

But even after two years, and the jobs this program has helped to create, some liberals just can’t seem to let it go.  Enter the Plunder-Pals and their amazing ability to avoid the truth. 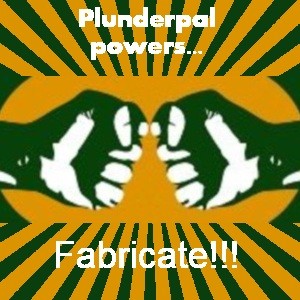 In their latest criticisms of Governor Kasich, they launch this attack of JobsOhio:

Here’s the other important reason Kasich needs this deal to go through: he gets a big chunk of one-time cash to help balance his next budget.

The JobsOhio bond deal puts $500 million into the General Revenue Fund for Kasich to spend any way he wants. That’s five times as much as JobsOhio is getting. And we’re fairly confident Kasich and his budget director Tim Keen already have this money allocated for other campaign-related spending, like an unnecessary income tax cut.

It’s statements like this that make you wonder if these guys do any research at all before spewing their hate.  The JobsOhio bond deal may bring in $500 million, yes.  But what the Plunder-Pals blatantly ignore is that money MUST go to Fiscal Year 2013, as in the current biennium’s budget.  The money cannot, in anyway, go to balance the upcoming budget.

And what’s even more absurd about their claim is the fact that Kasich doesn’t need that $500 million to balance his budget in the first place.  He’s already in the black:

*Note: Targeted one half of one percent year-end carryover balance is $143.9 million

That’s right–Kasich already has a balanced budget, with a $551 million surplus–that’s over $400 million more than their target!  And wouldn’t you know, I found that out all by myself.

This isn’t rocket science.  I didn’t make any Freedom of Information Requests and I didn’t have to twist a politician’s arm to get this information–it’s published online, for crying out loud.  But that must have been just too much work for the Plunder-Pals.  God forbid they point and click, I guess.

Ohio is creating jobs.  Our unemployment rate outpaces the national rate by a full point.  Ohio families are much, much better off than they were two year ago.  And it’s all happened under the watch of Governor John Kasich.

Apparently creating jobs and helping middle class families is of no interest to liberals like the Plunder-Pals.  Nope, it’s better to tear down any and all Republicans, instead of cheering the success of our great state.  But here’s a fun little fact: Democrats also received some of the more than 130,000 jobs created under Governor Kasich.

A fun little phrase about spiting your face comes to mind…