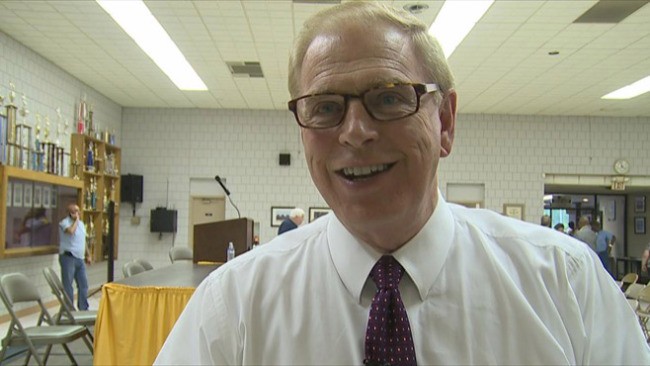 Even for campaign cycles that were already ridiculously long, Ted Strickland has already come out as the early and established candidate to challenge successful Senator Rob Portman (sorry PG). As if his embarrassing loss to John Kasich in 2010 was not enough of a wake-up call to Ted Strickland that it was time to fade into the background, he has decided that 2016 is a great time to remind the state just how irrelevant he is as a candidate. His total lack of standing with voters in the state can be felt the most in his former Congressional District: although lines have changed slightly since his departure, the 6th congressional district is still largely the same as it was when Strickland represented it from 1993–1995 and 1997–2007.

Democrats lost the district in 2010 after the GOP had a lively primary, and have failed to recapture it since.

This sort of district used to be the Democrat’s bread and butter before their total selling out on the working & middle class and their capitulation to the super-liberal and eco-terrorists on the left. Many in the middle class have ignored this; the same cannot be said for the people of this district. Coal workers and other working people in the 6th have recognized the Democrats have abandoned them, all the while Ted Strickland watched and did nothing. For the past two cycles the Ohio Democratic Party has put up legitimate candidates to challenge current Congressman Bill Johnson; in 2012 it was a do-over with Johnson’s 2010 opponent former Congressman Charlie Wilson (who sadly passed away in 2013) and in 2014 against former State Representative Jennifer Garrison. Johnson received 53% of the vote in 2012 and 58% in 2014.

A great history lesson, but what does this have to do with Ted Strickland?

It is November 11th, 2015. Because we are going into a presidential year our primary will be in March. Candidates are required to file petitions to run for office by December 15th. As of today there is no word on a Candidate to run as a Democrat against Congressman Bill Johnson. If Ted is some sort of man of the people, a popular politician (at least within his own party), then why can’t he help find a candidate on his home turf?

I think this leads to a logical conclusion: although it’s a catchy little branding by the Portman campaign to call Ted Strickland “Retread Ted”, I think it’s dishonest. In reality the whole Democratic Party in Ohio is one big Retread and Ted Strickland is only a symptom of a sickness.

I was born and raised in East Liverpool, Ohio. I received my Bachelor’s degree from Youngstown State University and my Master’s degree from The University of Akron. Since college I have worked in the political field with campaigns, the party, and conservative groups. View all posts by Jim