Perhaps the reason President Barack Obama does not understand how job creation works is because he’s never created a job. President Obama has never understood what it takes for a small business to make payroll each week, refinance a line of credit, or even prepare a set of financial statements. But somehow, he has managed to become the CEO of the largest business in the world, the United States of America.

The delusional reality that President Obama lives in is one of the most perplexing situations. He thinks you can simply tax the rich and it will not affect the middle class. What he seems to forget is that “the rich” are the job creators and small business owners. When these business owners have less money in their companies, they create fewer jobs.
Now, it’s pretty common knowledge that President Obama is only good at campaigning. Even today, he was campaigning to sell his tax hikes. His public pitch, from the White House, was made with “a backdrop of hand-picked, middle-class voters”.

Meanwhile, Republican leaders have tried in negotiations to solve the looming fiscal crisis. Texas Senator John Cornyn and other Republican leaders are appealing to the President to become more engaged in the negotiations. President Obama has no public plan to reduce spending.
“All that Republicans are asking is to maintain the current rates until we adopt real bipartisan tax reform,” Cornyn said in an editorial Wednesday in the Dallas Morning News.
The tax reform needs to include cuts to entitlement spending. A good friend of mine said it best. “We are like a guy with 26 maxed out credit cards, in default, squabbling with his wife over which card we want to put the new car on.” 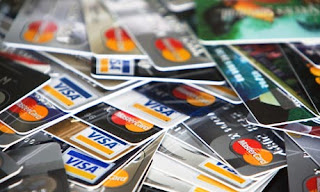 The equation is simple, Mr. President. If more people are employed, they pay taxes. And, they have more disposable income to purchase items and services, which also creates more jobs. Bottom line: More people need jobs. That is what the President should be concentrating on.
In Ohio, Governor Kasich and the Republican legislature reduced spending without raising taxes. They have increased jobs and pulled Ohio out of the ditch. If President Obama truly cared about the middle class, he would be asking for a meeting with John Kasich on how to get the country running again.

2 thoughts on “The Obama Plan: Tax Your Way to Prosperity”