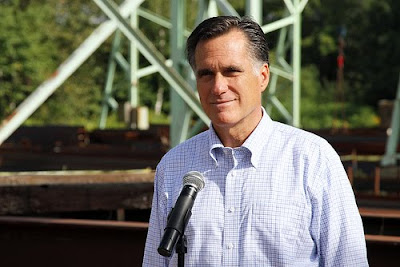 On Big Government and Third Base Politics, we previously explained how Mitt Romney has been relying on Ohio Republican Party Chairman Kevin DeWine and a scandal-plagued Ohio political operative to advise his campaign in Ohio.

Conservatives are up in arms against DeWine for a number of offenses, such as actively working against Governor Kasich in the mainstream media, by working to divert fundraisers away from Kasich near the end of his close battle against incumbent Gov. Strickland in 2010, lying to contributors, outright shunning members of the Tea Party in Ohio, and most recently, blatantly abusing and violating the Party’s own bylaws in order to prevent Tea Party candidates from getting seated on the State Central Committee.

So how does this all connect to Romney?

Brett Buerck, widely known among Ohio political activists for his scandal plagued career, is now back as one of Mitt Romney’s point men in organizing Ohio. Buerck is also known as ORP Chairman DeWine’s closest consultant on Party politics. Finally, Romney’s sole appearance in Ohio during this entire campaign season was months ago when he appeared arm-in-arm with DeWine in southeast Ohio and proceeded to flip flop against Kasich’s government union reform bill, all at the recommendation of DeWine.

The hits just keep on coming with these guys. Kevin DeWine is now spending 100s of thousands of dollars of party money not on defeating Democrats, but on fighting more conservative Republicans and promoting ORP state committee members who are loyal to him, even when they have a history of supporting Democrats over Republicans.

DeWine himself is now also running for a spot on the committee, and can’t even seem to to be bothered to obey the simplest of campaign laws while doing so. While he runs a campaign to keep tea party minded citizens off of the committee, his mailers say he has “Tea Party Values” and don’t disclose the legally mandated statement of who paid for them. We also recently found out that to help him run this campaign, DeWine hired the same media consultant used by big labor last year to kill public union reform in Ohio.

And in a further display of incompetence, a list of Ohio legislators supporting romney, surely put together by Buerck, includes Ohio state representatives who don’t even exist.

Now politicos outside of Ohio are reporting on Romney’s Ohio issues with Buerck and DeWine. Francesca Chambers from Red Alert Politics reports:

One current Romney operative in particular – Majority Strategies owner Brett Buerck – has made waves among Romney and non-Romney supporters alike in Ohio and has been named as a main cause of the civil war occurring in the Ohio Republican Party that is spilling over into Romney’s campaign.

The official line from the Romney campaign is that Buerck, who has an extremely rocky past in Ohio politics, including charges of political racketeering, is merely a mail vendor. Yet, all six of the high-level operatives who spoke to Red Alert Politics off-the-record confirmed that Buerck has been more heavily involved in Romney’s Ohio ground game than the campaign is letting on.

Furthermore, Buerck was repeatedly cited as a key cause of Romney’s overall lackluster campaign in Ohio, and as a principal reason behind Ohio Attorney General Mike DeWine’s seemingly abrupt decision to switch his endorsement from Romney to Rick Santorum.

If Mitt Romney wins the nomination and goes on to battle Barack Obama for the presidency, failure to win Ohio is not an option. Whether you currently support Romney or not, we would want him to defeat the socialist currently in office. Let’s hope he gets his act together in Ohio and doesn’t continue to rely on people who Ohio conservatives have zero trust in.

2 thoughts on “When will Mitt Romney dump Kevin DeWine and Brett Buerck?”