It has been apparent that the Obama campaign does not have the momentum it had in 2008. To try and make up for their lackluster performance, the Obama campaign is now concerned about those who become incarcerated the final three days before the election. 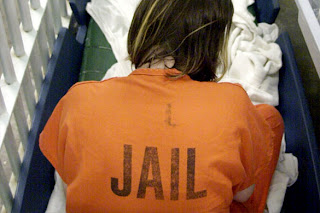 Fair Elections Ohio has filed a class-action lawsuit to require Ohio’s elections boards to “provide a means of voting for all confined voters that is at least equivalent to that provided for hospitalized persons.”

Just so we are clear, Fair Elections Ohio is democrat organization that touts its ties to the AFL-CIO and other union organizations.

According to the Cincinnati Enquirer, Butler County Sheriff Richard Jones and his jail warden, Lt. Nick Fisher have been subpoenaed to testify on this “malarkey” on Tuesday, October 24th. The suit is alleging that individuals in hospitals have better access to vote the last weekend before the election.

The suit states the following: “This means that no one arrested on or after the Friday evening before Election Day and kept in custody through Election Day will be able to request an absentee ballot.”

Well, it’s a shame that Johnny Begood didn’t take advantage of early voting before he decided to go on his crime spree! This latest tactic by the left, is proof that the Obama campaign is imploding. When you start advocating for the prisoner’s right to vote the final three days before the election, you obviously have a problem.

These tactics and the failed policies of the Obama administration are the reason Americans are demanding real change this year.