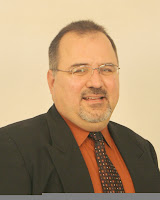 This is Dennis Spisak.

He’s a member of the Green Party.

And he just may hand the Governor’s race to John Kasich.

Ohio Democrats, this is what happens when your nominee is an incumbent with a massively disappointing record in an election year that is harshly anti-incumbent.

Since the first Quinnipiac poll on the Governor’s race was released I’ve talked about how amazed I was with the lack of enthusiasm among Democrats for their Governor.

And the most recent poll from Quinnipiac reenforced that perception. As I said earlier this month in my analysis:

If Strickland is doing worse among his base than Corzine, in a state where the Ohio Democrat base is a smaller percentage of the electorate than New Jersey, then that’s extremely bad news for Ohio’s incumbent Governor. Provided this keeps, without question Ted Strickland will lose. It’s impossible to win if your base in a purple state stays away.

What happens when the base isn’t enthused? (Well, other than them not showing up to the polls.)

What happens is that alternative candidates start showing up.

And that’s what Spisak is…a medium for the left wing to voice their displeasure with their Party.

Spisak plans on running a progressive green campaign based on better funding of education, single-payer health care, and a blue-green jobs program to make Ohio the new energy center of the United States.

Anyone else recognize those three themes? They are exactly the themes Strickland has been advocating the past year – Education. Green jobs. And most recently in a youtubomercial, health care.

And Spisak seems serious about running. Right on the front page of his campaign website he highlights his strategy for raising money. Will he raise much? Of course not. But if he can get on the ballot he will at least have a voice in the media.

And can he get on the ballot? Ohio’s requirements are minimal. Spisak will only need to obtain 500 valid signatures by Feburary 18th. [DJ Note: Mr. Spisak, if you’re reading this, make sure you obtain at least 5000 so you can ensure that you’ve reached your minimum of 500 valid signatures. You’re welcome.]

As I highlighted on Friday, from a jobs perspective, Strickland’s absolute best case scenario is for unemployment, the number one issue of this campaign, to shrink to 7.8% by the time campaigns and commercials go into full gear. That’s still 44% higher than when he came into office and an incredibly difficult challenge to overcome.

It may not seem like much, but in the scheme of things, it’s a game changer.

In addition, if Spisak is able to make some noise early, it will be interesting to see what it does to Ted Strickland’s fundraising. By just showing a marginal effect on the race, Spisak will show the Governor’s potential contributors that Strickland is facing a near impossible challenge.

And that would be devastating.

Welcome to the race, Dennis.