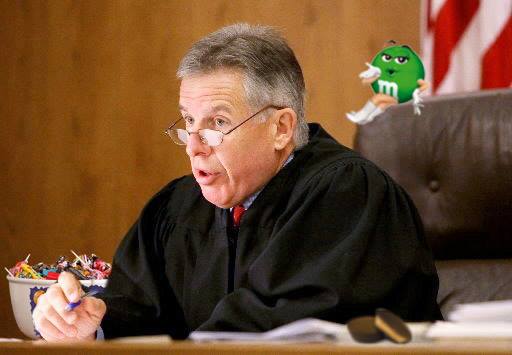 It’s a new day in Cuyahoga County.  An elected official is complaining that others in the county are working too much.  Prosector Tim McGinty (D) is accusing judges of working too many hours in the arraignment room.  He is charging that this is due to some sort of “candy list” to get attorneys to donate to a judge’s campaign.

McGinty charges that judges may be assigning counsel to indigent criminal defendants in order to secure campaign contributions from these attorneys.  Specifically, McGinty points at Pam Barker (R) as spending too much time in the arraignment room.

“I ran on a pledge that I would stamp out public corruption. That means we have a duty, if there is even a hint of corruption, to look into it. The people of Cuyahoga County deserve nothing less, especially after all the damage that Jimmy Dimora and Frank Russo did to the public’s confidence in their government. All we are interested in is the truth.”

I don’t think anyone is opposed to truth and honesty in government, but let’s not pretend that is what McGinty is after.  Barker had a very contested race.  Her opponent, Sherrie Miday, ran a very partisan and heavily bankrolled campaign.  Miday spent over $400,000, taking out loans of over $177,000 in her failed quest to upset Barker.  Miday’s husband is entrenched in the Cuyahoga Democratic Party, formerly working for Bill Mason.  Apparently bitter over her defeat, Miday wasn’t even gracious enough to concede. And now Democrat McGinty is coming after Barker. Is this retribution for besting their “star” candidate who was unable to “buy” a judicial seat?  McGinty even made an appearance on Miday’s campaign Facebook page. 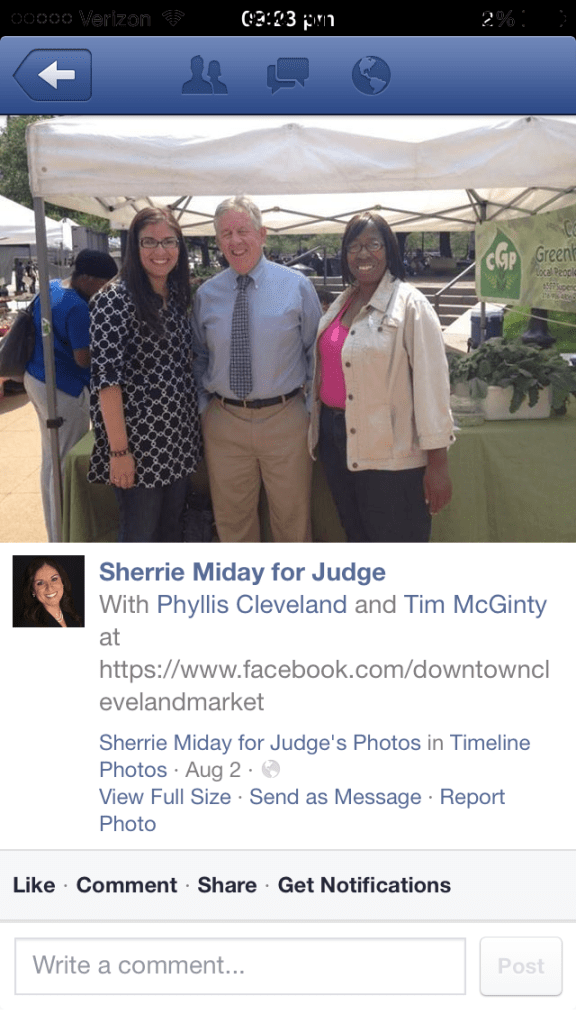 Let’s rewind a bit to a time when McGinty dove right into the Cuyahoga Democratic candy bowl.  McGinty was running for Cuyahoga County Prosecutor when suddenly then Prosecutor Bill Mason resigned in a clearly orchestrated move.  Cuyahoga County Executive Ed Fitzgerald appointed McGinty to the position, giving him the edge over his opponent.  McGinty didn’t complain about that advantage.

McGinty references the damage caused by Dimora and Russo, but their corruption went completely unnoticed by Bill Mason. Either Mason was corrupt or incompetent to turn a blind eye to their pilfering of Cuyahoga County.  And Bill Mason also was a Sherrie Miday supporter.

If judges get campaign contributions from working the arraignment room, then many of the judges up for re-election would be angling for more time there. There is no guarantee an attorney is going to benefit from even being appointed to represent a criminal defendant. Many quickly plea out resulting a small check for the representing attorney.

Honesty and accountability in government is always a good thing. But, it appears that McGinty is just grinding an old ax.  Those $400,000 grapes sure seem to taste bitter.