It’s been a few months since the unions that once supported Obamacare came out against it:

Several unions have now come out in opposition to the law because it is now clear that Barack Obama was lying when he said, “If you like your current plan, you can keep it.”

The latest, and biggest, show of disapproval came Friday, when three unions, including the Teamsters, signed a letter to Democrats in Congress.

And that opposition keeps adding up, as more and more labor unions realize just how damaging the law will be to the American labor force.

I know what you’re thinking… “Those [email protected]$&!s.”  Am I right?  Oh, that’s just Ohio Democrat Party Chairman Chris Redfern, who still thinks that those that oppose Obamacare are the scum of the earth.  I’m sure he doesn’t hang out with those mean union leaders, then, right? 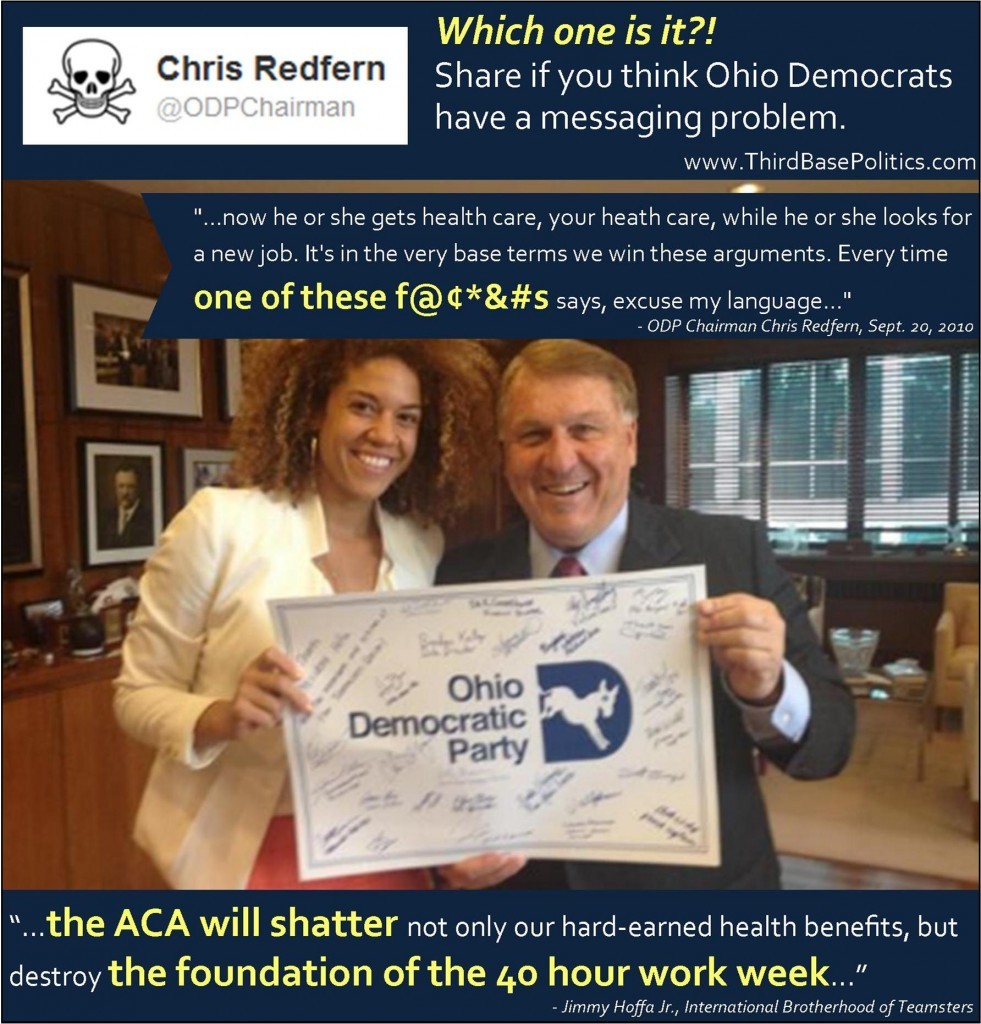 So which one is it, Chairman?  Do you support your union friends, or are they [email protected]$&!s too?

It’s about time Mr. Redfern clarifies the Ohio Democrat position on the law that, according to organized labor, is destroying the American labor force.