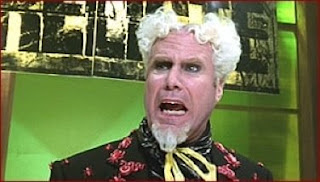 “Sen. Barack Obama (D-Ill.) on Friday announced an ‘Emergency Economic Plan’ that would give families a stimulus check of $1,000 each, funded in part by what his presidential campaign calls ‘windfall profits from Big Oil.'”

Sweet holy crap. This man went to HARVARD! Does he not realize that taxes applied to companies only force those companies to pass the costs onto consumers? Either Obama is completely without any principle whatsoever or he is the stupidest man to ever attend Harvard.

UPDATE: A friend informs me that this plan is actually nothing new from Obama. In fact, back in June my friend wrote:

“Obama’s proposal is to impose a huge tax on oil companies, and use the proceeds to subsidize energy costs of low income folks. The first half of that proposal will greatly increase energy costs.

The entire thing boils down to a transfer of wealth and increasing the dependence of people on government, but — and this is the slick part — using oil companies as a middleman to shield the government from the populace’s wrath.

The middle class will be upset about $6/gallon gas, BUT their ire will be directed more at oil companies, than at Obama’s government.”