LeBron James doesn’t have too many friends in the Buckeye State. After he smacked Cleveland in the face two years ago, blindsiding the Cavaliers organization and weakening the surrounding economy by an estimated $200 million, it’s easy to see why the man isn’t so well liked.

Yep, it’s easy to say that, in Ohio, there are few men more despised than LeBron James.

Unless, of course, you’re a do-nothing career politician bent on killing Ohio jobs. 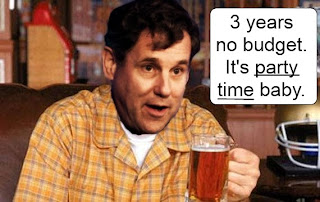 That’s right, folks.  Democrat Senator Sherrod Brown is held in lower esteem than even LeBron himself, according to a new poll conducted by liberal pollster Public Policy Polling.

39% of Ohio voters have an unfavorable opinion of James, which is 7 points higher than the 32% who say they are fans of the Cleveland Cavaliers, suggesting that dislike for James is not limited to spurned Cavalier fans.

But as for Brown…

That bears repeating.  42% of Ohioans disapprove of Sherrod Brown while 39% disapprove of the man who stabbed his hometown in the back.

Looks like Ohioans find it less offensive to pull a Benedict Arnold than an Ike Turner. 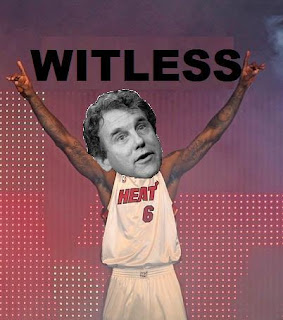 One thought on “Sherrod Brown: WITLESS”