“We are a Gold Star Family.”

It was something I heard every May from my Grandma. It was a cursed blessing for her. She had immense pride that her brother, PFC Samuel J. Perri, died a hero in France in 1944 at the young age of 19. 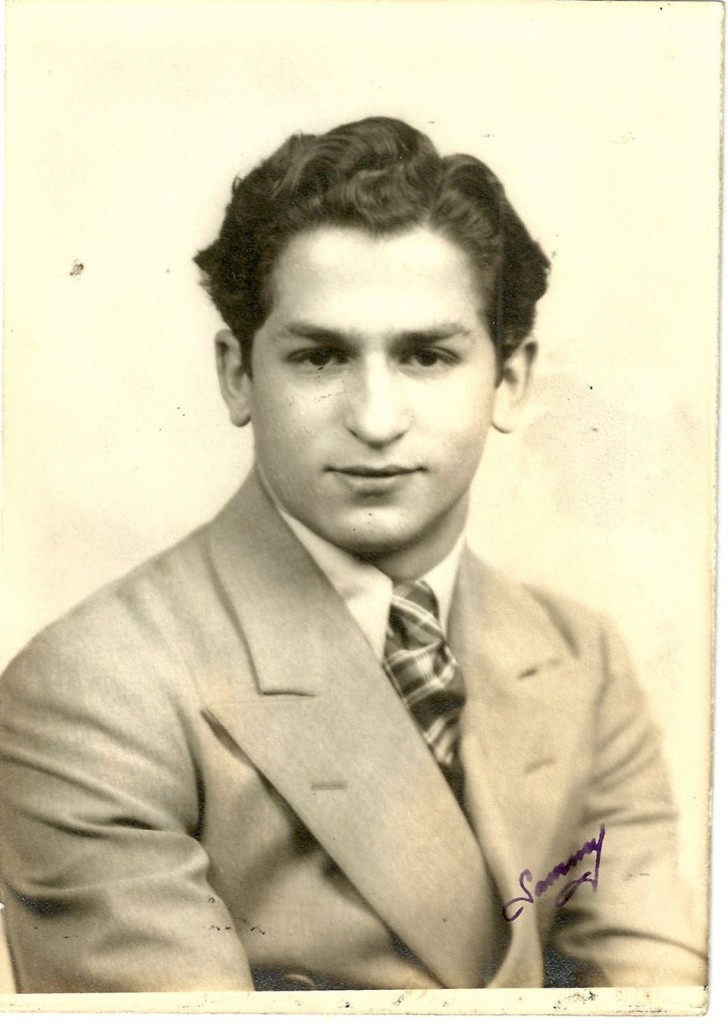 But, alas he was her baby brother and the sacrifice of his life was at times overwhelmingly painful.

My Grandma was a sweet yet sometimes combative woman. She always melted when speaking of her youngest brother, Sam. I remember in 2004, she was crying and said, “I can’t believe it’s been 60 years. It feels like it was just yesterday.”

She then told me how she learned of Uncle Sam’s death when she was coming home from work. Like many women during World War II, my Grandma was a ‘Rosie the Riveter.’ She worked in a tire plant in Akron, Ohio that was re-purposed to manufacture equipment to fight the war.

She was abruptly sent home early that day. She didn’t know why until she got to her street. She said a neighbor was outside the house and said, “Mary, I’m so sorry about Sammy.”
She knew in that instant that her brother was gone.

My Great Grandmother took the news particularly hard. As the stereotypical Italian immigrant, she particularly favored her youngest son and put him high on a pedestal. She never recovered emotionally from losing him and died not too long after that from, “ a broken heart,” as I was always told.

My Grandfather was a medic with the 692nd Tank Destroyer Battalion. Before leaving Europe, he went to France to make arrangements for my uncle’s body to come home. Uncle Sam was buried very close to General McNair. Since Uncle Sam was killed in St. Lo, my Grandpa assumed that he was killed in Operation Cobra. He didn’t share this with my Grandma as he didn’t think she would be able to handle the possibility of his life being taken by friendly fire.

In the hustle and bustle of the war, the family was never even informed of the date of my uncle’s death so that it could be verified.

After my Grandma died, I contacted Senator Rob Portman’s office in an attempt to learn more about my Uncle’s death. Lucy Stickan from his staff was able to track down the information. I learned that he was a casualty of enemy fire and we finally had a date of death. While the sacrifice is the same no matter the cause of death, it was very comforting to have closure on this issue.

It’s interesting how many people are dismissive when I mention my great uncle’s sacrifice. They assume it really never affected me. I promise you that it has. I remember being 8 years old and thinking that if Uncle Sam hadn’t been killed in France that he personally would have killed Hitler.

The uncle who died almost thirty years before I was born has always been larger than life in my mind.

Memorial Day to me is never about cookouts. It is never about a sale, which will save me $50 on a couch. And my Grandpa was adamant that it wasn’t Veteran’s Day.

It is a day to honor those, like my Uncle Sam, who gave absolutely everything so that we can have the freedoms that so many take for granted.

Every Memorial Day, we make the voyage to the cemetery to pay respects to Uncle Sam. It is something I have done my entire life. And now my children come with me. I never want them to forget the sacrifices that were made for our freedom.

Until my Grandma passed away in 2010, she would often accompany us to the cemetery. My children got to witness the agony she experienced when she visited his grave.
While I disliked the fact that they saw her cry, I appreciate the fact that they can acknowledge the sacrifice and see how raw the pain can still be decades and generations later because, we are a Gold Star Family.

*Crossposted from Pocketfull Of Liberty