When you’ve gotten beaten up as often as Ohio Democrats have over the course of the past year, it’s no surprise that they got bored of licking their wounds. The latest round in the Ohio budget battle has inspired them to throw reason out the window and go after their Republican opponents.

As I said last week to Democrat Speaker Budish, “are you so much of a loser that you can’t even tell you’ve won?”

Let me sum up the situation for those that have lost track of where we are:

Under the solution offered by a few moderate Ohio Senate Republicans, the Dems get their tax increase, they get rid of their budget headache, and they get to start focusing on saving their butts in 2010.

In fact, I wonder why no one has asked the Ohio Senate Democrats that have agreed to support the Senate GOP plan what they think of the Ohio House dragging their feet.

For some strange reason, they seem to think everyday Ohioans pay attention to the weeds of Statehouse politics.

I hate to break it to them, but the vast majority of those who will be voting next November currently have no idea what solutions are being debated and who is saying what.

What they do know is that their neighbor has been out of work for 8 months and they want to know what’s being done about it.

Perhaps this editorial in the Cincinnati Enquirer yesterday said it best:

Meanwhile, legislative Democrats, chained by labor unions’ demands to cling to the wasteful, outmoded status quo, are resisting needed reforms. That is petty, petulant and destructive. They need to start joining a good-faith effort to right-size state government and streamline its processes.

We all stand to benefit. Construction contracting reform, for example, would save institutions such as the University of Cincinnati millions of dollars on construction costs.

When two kids are fighting the way House and Senate Democrats 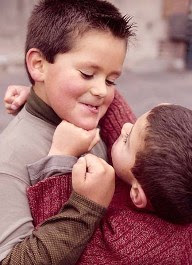 and Republicans have been, it’s up to a grown-up to step in and stop the bickering. Unfortunately, that adult has been strangely silent on the issue.

Ohioans need a leader in the Governor’s office. Not one that sits back and watches Ohio fall apart in front of his eyes.