Yesterday, Gallup released the first in its State of the States series, highlighting the political demographic breakdowns in each state.

Overall, both Democrats and Republicans can find good news in the results.

But interestingly enough, Ohio was the one state with the highest change in Democratic advantage. 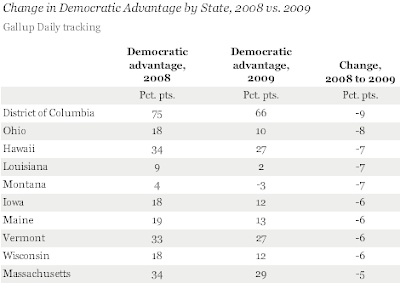 Oh the times, they are a-changin’.