They weren’t talking about Washington, D.C.

And yet, that clearly is the mindset of liberals.

To them, Washington D.C. is the heart of the nation. 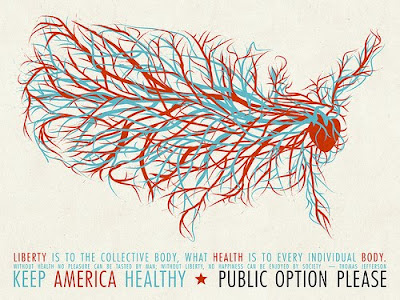 This poster was selected as the winner from a progressive policy group advocating for the public option in health care reform.

As Ace said about it:

I started writing about the sloppy thinking that would lead them to choose this particular quote (reading comprehension, much?), their evident ignorance that it is misattributed to Thomas Jefferson (musta been in his Stuff Jefferson Said After Henry St John, 1st Viscount Bolingbroke Said It First, 3rd Leatherbound Edition), and the horrifying image of Washington persistently redistributing the vitality of the United States.

But you know what? The thing speaks for itself.