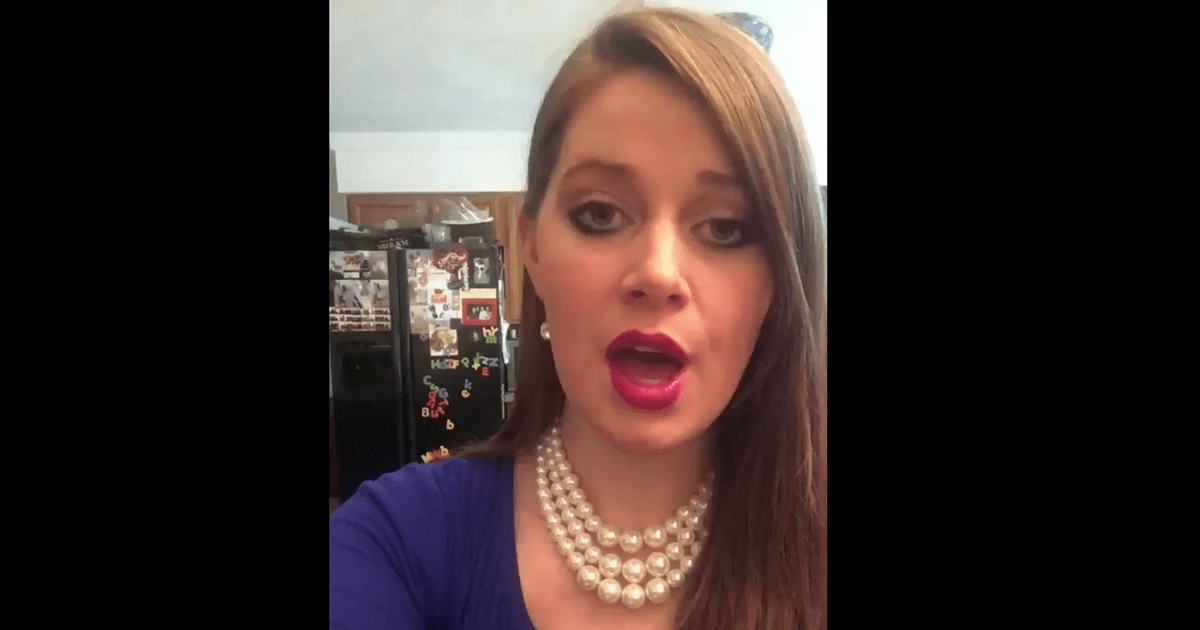 Christina Hagan is continuing to run a hypocritical campaign on her quest to head to Capitol Hill. The State Representative who was appointed to her position while she was in college, repeatedly complains about politicians and her desire to “drain the swamp.”

It doesn’t take much research to discover that Hagan is knee deep in the swamp that she claims she is going to drain.

Family has become an important topic in the Republican Primary for the 16th Congressional District. Christina Hagan has charged Anthony Gonzalez’s campaign is coordinating with his Super PAC, which is run by his father.

It’s rather interesting that Hagan is referencing anyone’s “Daddy” in a derogatory manner given that numerous State Representatives believe she was appointed to her position in the Ohio House as a favor to her father, former State Representative John Hagan.

This is an also odd accusation as Hagan’s Super PAC is run by her husband’s stepfather. Even more interesting is the fact that Hagan’s mother-in-law, Kimberly Marshall is the Economic Development Director of the City of Medina.

Medina is not in Hagan’s State House District, so it’s hard to imagine a reason for Marshall to use her city email during city business hours to coordinate with Hagan and her campaign. But, she did.

Hagan, who should have plenty of knowledge about the inappropriateness of using a city email for apparent campaign coordinated activities, also emailed Marshall on her city email account a public records request exposed.

City resources should not be used for partisan activity, but that didn’t stop Kim Marshall from using her city email. She even did this during business hours on a Tuesday as you can see in the email screenshot below.

Hagan often replied to the City email account without much of a concern for the appropriateness of using government resources.

Hagan does not represent Medina County. However, it is in the 16th Congressional District so she can benefit from being made aware of events as she is actively campaigning there.

Marshall invited Hagan to be her guest at a Power of the Purse event. She suggested that the Congressional candidate make a donation, presumably for exposure to potential voters.

Using her city email, Marshall invited Hagan and others to be the guest of her husband’s company, Beacon Marshall, at the Power of the Purse event. Hagan replied to Marshall’s city email.

There are a number of Medina County events that Marshall suggested the Stark County State Representative attend. The City of Medina Economic Development Director sent these emails to both Hagan’s official campaign accounts. A couple of them are below.

Kimberly Marshall should know better than to use her government email account for campaign-related activity. Given that she is the City of Medina Economic Development Director, it’s important to look at the donors to the Hagan Super PAC that her husband Charles Marshall runs.

Hagan’s stepfather-in-law ponied up $100,000 to the PAC. Mark Sandridge also donated $25,000 to the Drain The Swamp Ohio PAC. Sandridge’s Sandridge Foods got a five-year Job Creation Grant from the City of Medina just last year. Perhaps this is coincidental, but for a candidate who repeatedly screams about “the swamp,” her campaign and PAC should want to steer clear of the implication of anything suspicious.

Hagan is likely to claim this is an attack on her family, but as Hagan and Marshall should have learned from Hillary Clinton’s email scandal, these emails and more are government documents and subject to public records requests.

A name was misspelled. It has been corrected.


In this article:Anthony Gonzalez, Christina Hagan

Why Does Christina Hagan Slam Trump And His Allies When She Claims To Be “Pro Trump?”

While most campaigns are making their best pitch to voters, Christina Hagan and her staffers are acting like they are hitching a ride on...