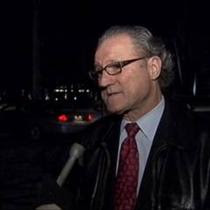 Hat tip to The Madison Project

“Earlier this morning [Saturday] I engaged in a face book discussion with State Rep Bob Hagan [D, Youngstown]. Discussion is used loosely, as Hagan could not provide any facts or logic to defend his allegations.

“When I said he was only parroting the Ohio Democrat Party’s talking points he claimed to not know what his own Chairman, Chris Redfern, was saying. Chris might want to take a look at that.

“Anyway, a friend posted a thoughtful comment that Hagan didn’t like, and responded with a racist rant.”

The friend appears to be a black man making his point in a completely civil manner. Hagan appears to call him “buckwheat”, accuses him of making personal shots and tells him to “stick it where the sun don’t shine.” 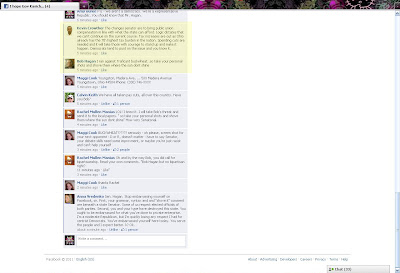 I don’t see the gentleman making any personal shots at Rep. Hagan at all. On the contrary, the comment that seems to have evoked the response was stated in a very civil tone.

While the earlier of the conversation is not visible, this reaction by Hagan is clearly inappropriate for a state representative. If Hagan were a Republican calling a black man “buckwheat”, there would already be calls for his resignation.

Being the sponsor of Senate Bill 5, Senator Shannon Jones has been on the receiving end of some very nasty comments on her Facebook page. She did the smart thing and ignored the personal attacks, and disabled wall posts for the time being, since people were being so uncivil. Hagan could learn a thing or two from Jones. Instead, he lashed out with a racial slur.

As much as Chris Redfern has tried to portray John Kasich as a racist, I wonder if he’ll have anything to say about Rep. Hagan’s comments. We’ll post an update if we can get more information.

UPDATE: The entire conversation was sent to me. This was NOT on Rep. Hagan’s page. He started commenting on someone else’s post. Judge for yourself. 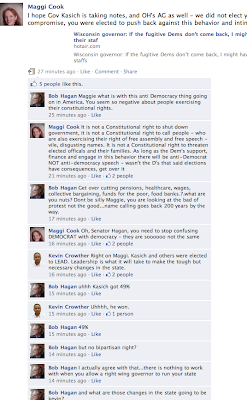 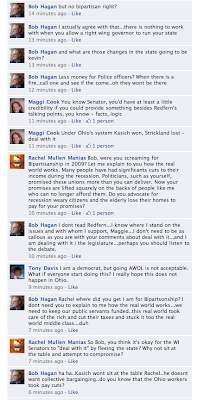 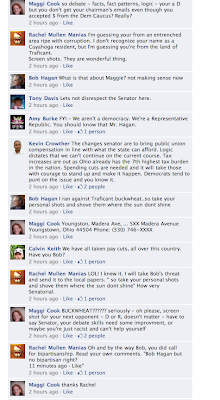 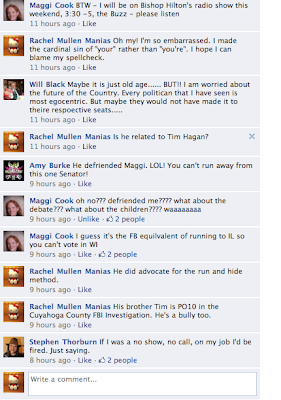