Plunderbund is the largest left-leaning political blog in the state. They are widely read and often quoted and linked to by the Ohio Democratic Party.

Over two years ago, they wrote a couple of articles about Ed Fitzgerald, who is announcing his candidacy to be Ohio’s next governor tomorrow, (or is it May?)

Here’s an excerpt from the first one: 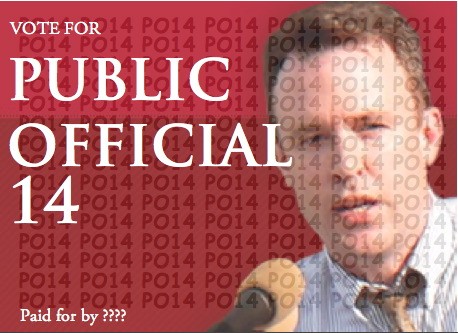 And I’ve known Fitzgerald since we both were involved in the Young Democrats, many years ago. Fitzgerald was a careerist then. He still is. It was skin crawling then, it’s moreso now.

After learning that Fitzgerald is named as Public Official 14 in the Dimora indictment, I have a much better, non-personal reason to refuse to endorse Ed Fitzgerald.

The second story they wrote accused Ed Fitzgerald of a pay-to-play scheme involving the Lakewood ice rink. Fitzgerald was the Lakewood mayor at the time, and Plunderbund reported that a co-conspirator was given the job to manage the ice rink in exchange for a donation to Fitzgerald’s campaign fund.

Public Official 14. That’s how Ed Fitzgerald is described in the indictment of Jimmy Dimora. WKYC just reported that Fitzgerald admits he is PO14. Fitzgerald took a call from Jimmy Dimora on March 8, 2008, about helping indicted co-conspirator Bill Neiheiser gain a contract to manage the Lakewood ice rink Winterhurst.

Not in the online story, but reported on the air by Tom Beres in the 6pm newscast tonight, is the killer. Beres reported that a month later, Nieheiser gave Fitzgerald’s campaign account $250. By June, 2008, Neiheiser had the contract to manage Winterhurst.

Pay to play. Plain and simple.

Keep in mind, these stories were written by Democrats and published on a Democrat blog. As early as 2010, they didn’t trust Ed Fitzgerald to be Cuyahoga County Executive.

If you clicked on the links to the stories above, you probably noticed that they don’t work. Why?

Because Plunderbund deleted their own posts. They were critical of FitzGerald in 2010, but now that he is most likely their candidate to run against Governor Kasich, they have apparently had a change of heart and jumped on board.

Thankfully, you can view the cached version of their original stories here and here.

In case those disappear as well, here are screen captures of the original stories.

I’m wondering whether PB deleted the posts on their own, or if they were asked to do so by Fitzgerald or the Ohio Democratic Party.

In either case, it’s clear. When even his fellow Democrats don’t trust him and accuse him of corruption, why on earth would Ohio want to change direction and make him governor?