The Plunderpals are at it again. Twisting the facts of even the most minor of news stories to turn it into an attack. This time they focused on a story from the San Francisco Chronicle about comments Governor Kasich made at a meeting of the Executive Workforce Board.

Let’s take a look at their analysis of the story.

On Monday, Kasich helped kick off the first meeting of Ohio’s Executive Workforce Board – a 25-member panel that appears to be charged with accomplishing the same exact tasks Frederick failed to accomplish.

Remember when John Kasich, the supposed small government conservative, promised to eliminate red tape, simplify the way state government operates and help get Ohio moving at the “speed of business”?

Plunderbund intentionally makes it sound like Kasich replaced one man with a panel of 25, thus betraying small government conservatives.

As usual, however, they aren’t telling you the whole story. 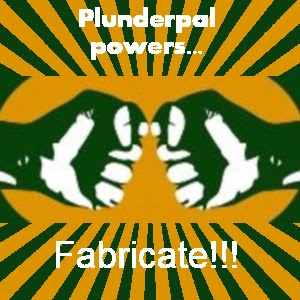 Kasich didn’t appoint the board to replace Frederick. He did it because it is required by law. It’s required for the state to be in compliance with federal law, passed under the Clinton administration as the Workforce Investment Act of 1998.

There was a board under Ted Strickland’s administration, too. As evidenced by the 400,000 jobs lost under his administration, they didn’t accomplish anything. But since the creation of this board is mandatory, the Governor thinks one good purpose for them would be to streamline the 77 different worker training programs that are spread throughout 13 government agencies.

If the Plunderpals think this is a bad thing, that’s their problem. When they misrepresent the facts about it, then it’s an entirely different story.