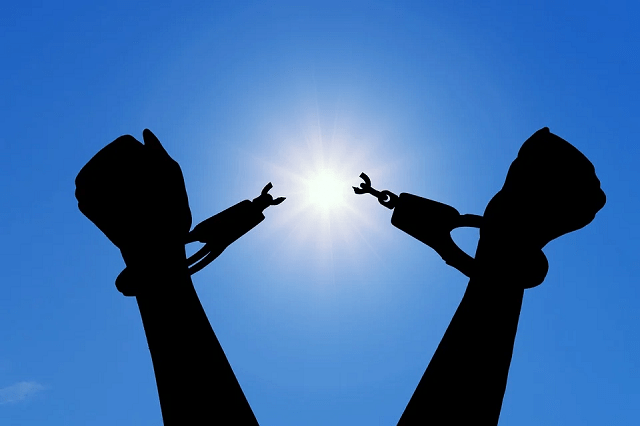 Fun fact: government employees are not required to give their hard-earned money to union bosses in the United States. This is something the bosses don’t want the working man to know, because when more people choose how their earnings are spent and how they want to exercise their First Amendment right to free association, the less money for the union boss’s pet political projects.

Last week, the Freedom Foundation sent a mailer to more than 90,000 Ohio teachers, informing them about their constitutional right to say “no” to compulsory contributions funding the union’s political activities.

In 2018, the U.S. Supreme Court ruled that government workers no longer had to pay dues to a union as a condition of employment. As you might imagine, union bosses haven’t exactly told the people they claim to represent the good news. Seventy-seven percent of polled teachers have never even heard of the Janus decision, and 52 percent were unaware that the closed-shop requirement was struck down as unconstitutional and rendered void.

Because of the Freedom Foundation’s work to educate teachers about their constitutional right to not associate with a group if they don’t wish to do so, nearly 200 teachers “opted out” of their union over a one-week period. Before opting out, these teachers were flushing away $1,000 of their hard-earned money every year. Thanks to the mailer, Ohio’s hard-working teachers will effectively get a $1,000 raise going forward, because they’ve been set free from automatic deductions padding the union bosses’ wallets.

In just one year, the Ohio Education Association (OEA) extracted over $55 million in money earned by other people. OEA uses that money not to help Ohio teachers, but to purchase politicians in other states favored by the union bosses.

Simply put, OEA doesn’t work for Ohio’s teachers. OEA works for the rich union bosses, their bought-and-paid-for politicians, and their lobbyists. Ohio’s teachers have a choice to stop funding political activities with which they disagree, but the union doesn’t want them to know that.

Why are these union bosses scared of giving teachers a say in how their paychecks are used? If OEA is as benevolent as they say they are, why not trust the professionals charged with educating our children to make the right choice?