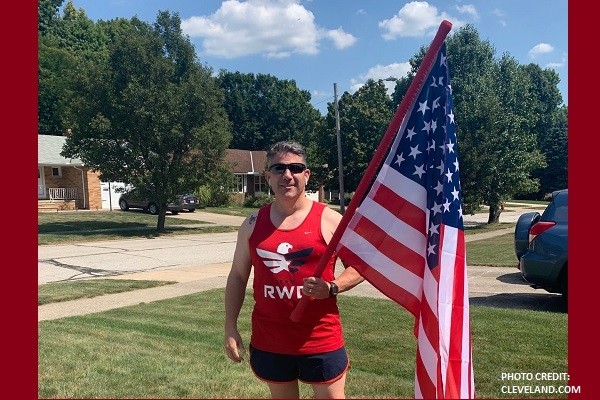 Bucking a trend of politicians and city governments disrespecting America, the City of Mayfield Heights is showing that it’s proud of America, by recognizing one man’s self-imposed challenge to carrying the American flag while running 5 kilometers every day for the past 50 days.

These days, many lawmakers show their disrespect for the flag and what it stands for, but Mayor Anthony DiCicco (R) is different. Instead of dissing the flag, DiCicco is showing he’s proud of it by recognizing city resident Joe Longano. Logano has run through the streets waving the flag every day for almost two months, and will reach his goal of doing so for 50 straight days on October 4.

Mayfield Heights will hold an October 4 ceremony recognizing his patriotism at the city’s park. DiCicco, local veterans and city safety forces will recognize Longano for his efforts, giving him an official proclamation of gratitude.

“The response has been 95-percent positive,” Logano said. “Some people will yell, ‘Good work,’ or ‘God bless America.’”

Logano says he’s pushed himself to pound the pavement because he wanted to make people aware of the sacrifice of police officers and other protectors.

″I’ve always had the highest respect for our veterans and first responders and I just felt that, in today’s society, they’re getting lost in the shuffle and I wanted to bring back a little awareness to honor them and the sacrifices they make every day,” Logano told Cleveland.com. “I’m trying not to get too political with it, but a lot of its stems from the recent disrespect to the flag.”