In November, we showed you the tweet where he promoted a racist, false graphic that lied about murder statistics.

Today, he shared a tweet from a Hitler apologist who calls himself “WhiteGenocideTM” whose Twitter profile says he lives in “Jewmerica”. 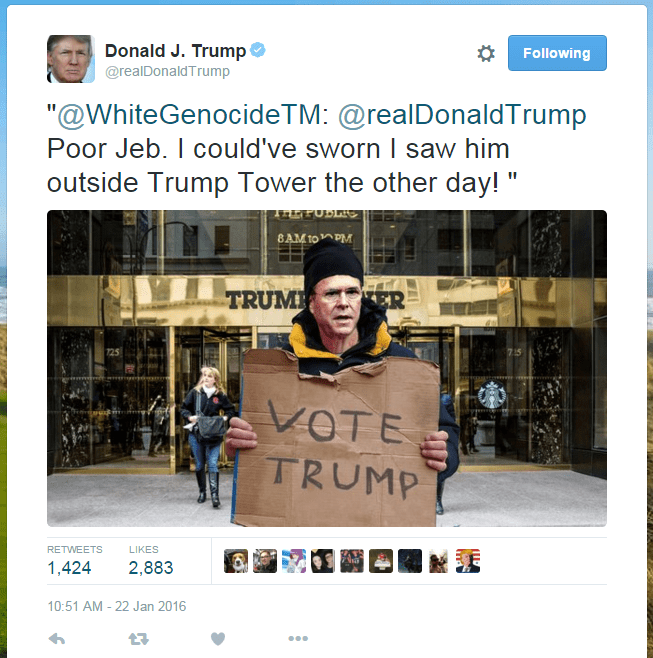 Who is @WhiteGenocideTM? Just take a look at his Twitter feed. There’s some pretty disgusting stuff on there.

His profile also contains a link to a website that idolizes Adolf Hitler and purports to tell the “real truth” about him.

Trump has a huge following from white supremacists who hate blacks, hispanics and Jews. And Trump has reposted their tweets all throughout this campaign.

As long as they praise him, Trump will retweet them, no matter how detestable they may be. This man belongs nowhere near the White House.