Ed Fitzgerald is the County Executive for Cuyahoga County, but now he wants to be governor. Although Fitzy claims he “cleaned up” the stench of corruption in the county, we’ve shown you various examples of how he’s just another corrupt Cuyahoga County Democrat. 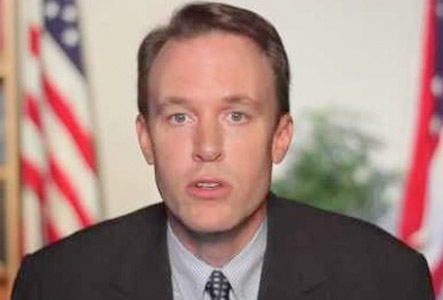 Like when fellow Democrats accused him of conspiring with convicted former commissioner Jimmy DiMora and awarding a contract for the Lakewood ice rink in exchange for campaign contributions.

How about when he rejected a $5.5 million bid for a county project, claiming that it was too expensive? He later accepted a bid that cost almost a million dollars more in order to give the job to unions.

Now, he’s working on a new county headquarters. But county council members say that Fitzgerald is keeping them in the dark about the costs and details.

So they are hiring their own lawyer to oversee and keep watch over Fitsgerald’s project.

The hiring of lawyer Jeff Appelbaum and his company, Project Management Consultants LLC, reflects the belief among some council members that FitzGerald’s administration is failing to report important details about plans and costs.

“This goes back to a systemic issue in Council of not feeling like we’re being included in the decision-making process,” said Councilman Dave Greenspan in a telephone interview this week.

But Councilman Mike Gallagher said he was uneasy with what he’d heard from FitzGerald’s staff.

“I didn’t feel comfortable I was getting enough information from them,” Gallagher said. “It’s well worth the money to make sure that any and all of this stuff will be taken care of and it’s not going to bite us in the butt.”

Maybe the council members would have more trust in Fitzgerald if he didn’t spend council meetings playing on Facebook. In any case, if Cuyahoga County doesn’t trust Ed Fitzgerald, why in the world should Ohio trust him?

2 thoughts on “Ed Fitzgerald’s own council members don’t trust him.”