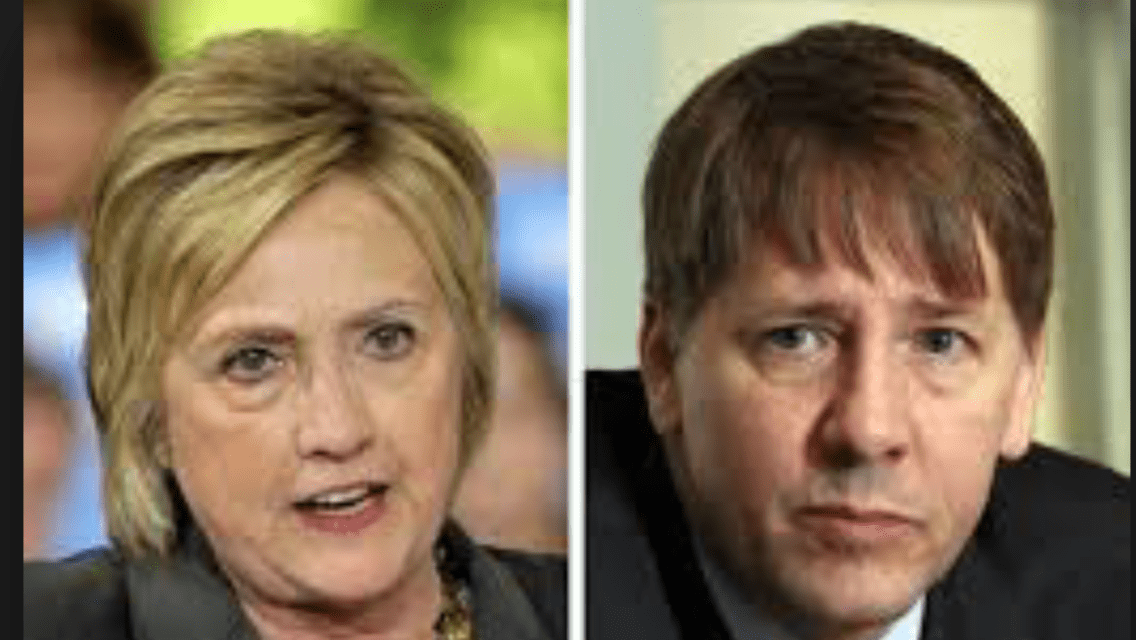 It’s no secret that the Democrats’ bench in Ohio is on the light side going into the 2018 election cycle. Beyond Congressman Tim Ryan (a long shot due to his comfortable district) one of the only other big-name Democrats being discussed as a Gubernatorial candidate is Richard Cordray. In 2010 Cordray lost his re-election bid for Ohio Attorney General to Mike DeWine, after which he was appointed Director to the Consumer Financial Protection Bureau by President Obama. With 2018 fast approaching, its not surprising that Cordray’s name would be on the list: a weak bench in addition to his current tenuous position with a new Presidential Administration makes Cordray an attractive candidate.

How ironic it is that Cordray’s candidacy might end before it even begins due to problems oddly reminiscent of failed Presidential Candidate Hillary Clinton. The Daily Caller recently uncovered unusual facts about Cordray’s work devices. The usual fact being that, when a Freedom of Information Act request was submitted to the CFPB, no records of text messages for Richard Cordray were found to exist. Partial records were shown but only in communications received by CFPB employees from Cordray’s private number, while any records from Cordray’s number and device itself were not present. In a later communication the CFPB acknowledges that no records exists due to the fact that Cordray used a private device and did not turn over such communication records (as required by law).

Voters in Ohio already dealt with Hillary Clinton, a Democrat candidate who did not follow electronic record and security laws correctly. In a Politico Poll prior to the 2016 election 61% of respondents viewed Clinton’s handling of her email scandal as an important indicator of her character. In a similar situation, how will Ohioans view Cordray’s apparent similar lack of transparency and respect for public record laws?

While the Democrats are scrambling to find one legitimate Governor Candidate, the Republican field is already full. So far rumors hold Secretary of State Jon Husted, Lt Governor Mary Taylor, Attorney General Mike DeWine and Congressman Jim Renacci as exploring runs for the Governorship. Each of these candidates bring strong accomplishments, great name recognition, and fundraising abilities. Is Cordray the answer to stopping any of these candidates from running away with the election and allowing GOP domination of Ohio politics for another 4 years?

Cordray Does Big Favors For Liberal Donors; Is Campaign Announcement Next?