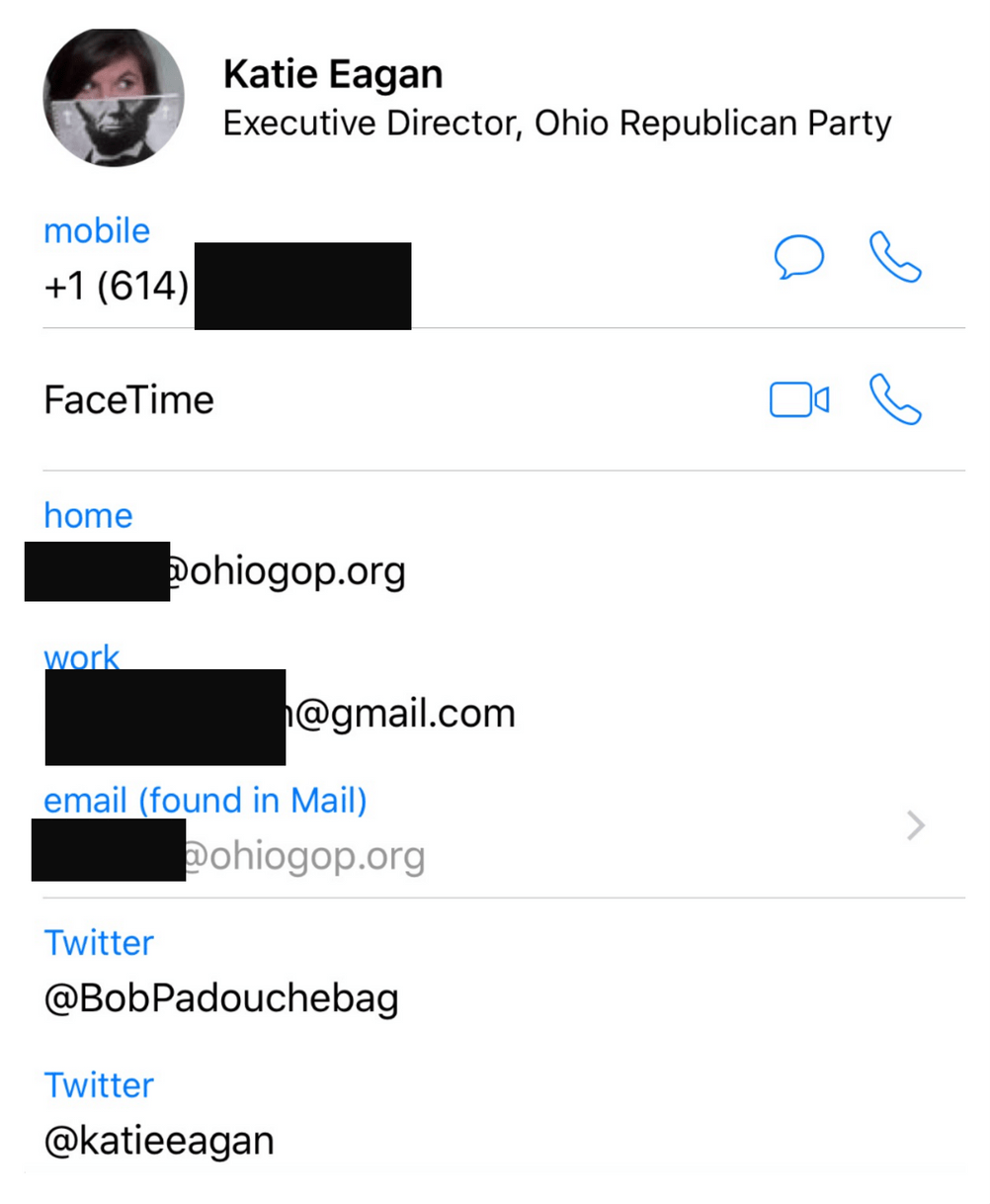 Borges is trying to become the next RNC Chairman, but all he’s proven in the past couple of weeks is that he’s not ready for amateur hour.

There has been suspicion that the ORP has been using fake Twitter accounts to not only attack Democrats and the press but also other Republicans. And now there is proof!

So, under the direction of Matt Borges, the Ohio Republican Party is attacking the Trump campaign. In case the Twitter account is deleted, a screenshot is below.

The ORP was outsmarted by a smart phone. Eagan’s attempt to smear Paduchik was exposed right through her contact card in an iPhone.

Another ORP alumni who recently worked for John Kasich’s Super Pac has been attacking Paduchik on Twitter also. Dave Luketic tweeted using the #ImWithMatt hashtag to disparage Paduchik as well. Except, Luketic probably should look at history as Paduchik successfully ran campaigns in 2000 and 2004 for Bush Cheney in Ohio and Rob Portman in 2010.

Matt Borges wants to be the next RNC Chair, but he is working against the nominee of the party that he chairs. This backhanded approach isn’t about “principles” because Trump is the nominee. This is about Borges’ quest for power and a future presidential run by John Kasich.

We cannot have a Chairman who works against Republicans and the grassroots activists of the party. Borges should resign as Ohio Republican Party Chairman and give up the quest for RNC Chairman.

Matt Borges released a list of 100 people who endorsed his re-election for Ohio Republican Party Chair, but he might have forgotten one important...