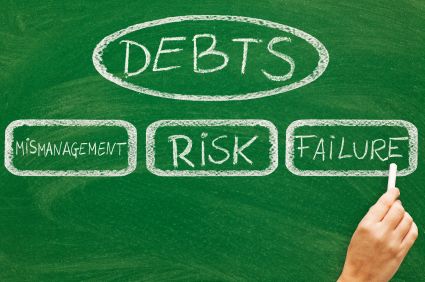 Several members of the Ohio Republican Party State Central Committee sent Third Base Politics an email from Treasurer Tracey Winbush. She is seeking to retain her position at Friday’s meeting.

There is one part of Winbush’s email that made it worth reporting, a crudely constructed balance sheet. Numbers aren’t personal. They are just numbers, but these numbers tell a tale. It shows a party that appears to be operating beyond its means and a Chairman who isn’t a prolific fundraiser.

There are several things that stand out in the numbers below. There are more questions than answers here and that is what members of the committee stated when they forwarded the email. Some of these members have been Borges loyalists but are now questioning their support.

Despite mentioning transparency in her email, Winbush didn’t respond to a message left by Third Base Politics.

There are some interesting things in this balance sheet that are worth pointing out. The party is over a million dollars in debt.

Bob Bennett passed away over two years ago, but the Ohio Republican Party is blaming $65,000 of debt on the former Chairman’s credit card.

An outstanding loan from Mary and Donzell Taylor eleven years ago still hasn’t been repaid. The party also hasn’t paid for $162k in legal and consulting fees from the 2010 election.

Prior Chairman Kevin DeWine paid off the mortgage, but under Chairman Borges’ leadership, there is almost half a million dollar mortgage and line of credit on the building.

Speaking of the building, the Ohio Republican Party has it valued just shy of $1.6 million. According to the Franklin County Auditor’s website, the building is assessed at $900,000.

The Ohio Republican Party still owes Quicken Loans Arena $165k for the first presidential debate in August 2015. This feels like someone who has a big expensive wedding without considering the financial destruction on the marriage.

The party and the Chairman were openly hostile to the Republican presidential nominee. In a letter to the State Central Committee, Member Dave Johnson exposed Borges’ behavior during the RNC. This likely impacted fundraising. Why would donors open their wallets to a party with a Chairman who is combative towards the nominee?

Matt Borges is claiming that rumors are being spread about him, but he can’t say that about this. These are simply numbers. Numbers sent out by his Treasurer. Numbers aren’t rumors. They are numbers. And the numbers likely won’t be on Team Borges’ side in Friday’s vote.