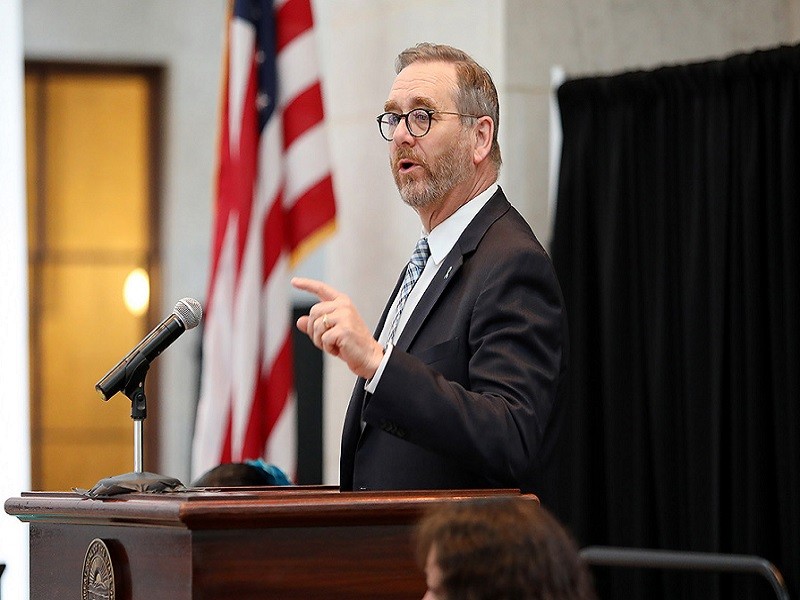 As you’re probably aware by now, by virtue of us continuing to bang the drum about it, H.B. 6 was a $1 billion-plus conspiracy against Ohioans launched by state Rep. Larry Householder in 2018 and 2019.

For those who have been under a rock for the last two decades—including the 26 Republicans and 26 Democrats who voted for him to assume the Speaker’s seat—Householder was Speaker of the House from 2001 to 2004, a reign ending when the Federal Bureau of Investigations announced investigations into allegations that Householder and his aides took kickbacks from vendors and traded legislation for campaign contributions.

In 2018, Householder, First Energy lobbyists and other Capitol Square creeps planned his comeback tour, capped it off with the creation of a $60 million slush fund called Generation Now.

In August, Yost warned 36 individuals, including current Ohio House and Senate lawmakers, to preserve all records concerning H.B. 6, Generation Now, and other First Energy front groups connected to Larry Householder, such as Partners for Progress, a group connected to the scamola run by Dan McCarthy, Gov. Mike DeWine’s director of legislative affairs.

However, Yost himself is connected to Householder’s cadre of crooks, by way of former Ohio Republican Party chairman and now Never-Trumper Matt Borges. Borges was Yost’s campaign manager in 2014.

In August 2019, Yost rejected the proposed language of the referendum, causing the campaign to lose three weeks of signature collection time and causing them to miss the October deadline for placing the measure before Ohio voters.

It’s fair to say that—even if Yost is clean and untouched by his connections to the Householder Five—appointing a special prosecutor to handle investigations into H.B. 6 is the right thing to do, just for the sake of appearances.