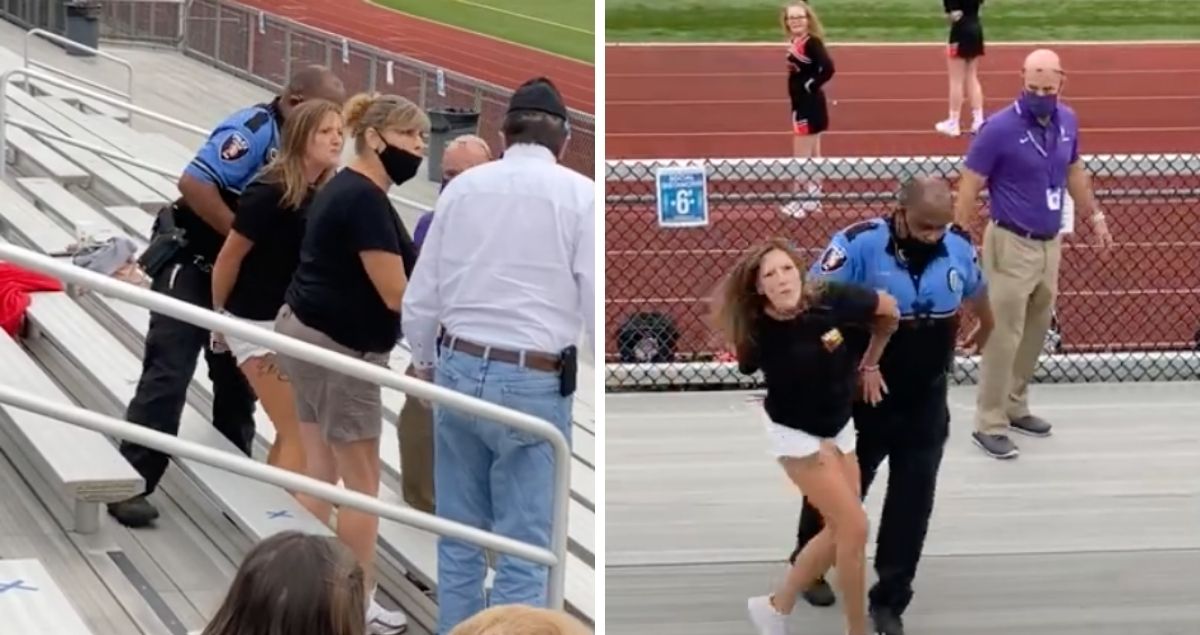 Spectators of an 8th grade football game in Logan, Ohio on Wednesday saw quite a spectacle in the stands when a mom of a Marietta player was tased and arrested for not wearing a mask outside.

Things escalated very quickly. In just a brief amount of time, the mother was tased and hauled off in handcuffs. The close contact and yelling likely caused more concern than sitting still and not wearing a mask in an outdoor football stadium likely would. Of course there are upset children who saw this rather aggressive situation.

There were reportedly signs around stating that masks are required per an order from Governor DeWine. This mom did not obey, but this dramatic and well documented punishment is likely to raise quite a few eyebrows.

From The Marietta Times:

MCS Board Member Doug Mallett is also seen in both of the videos, rising when the woman appears to have been tased by the police officer administering the arrest.

‘It escalated pretty fast into an ugly situation, he tased her pretty fast,” said Mallett. “I didn’t see where she was putting anybody at risk, I guess that’s a Logan rule. It depends on interpretation, it’s a state rule, but I thought there was some wiggle room if you have health issues. I tried to stay out of it until he got the taser out.”

Mallett said he hoped “cooler heads prevailed” after witnessing both the MCS mother and grandmother escorted to police vehicles.

“Hopefully they released her and forgot about the resisting arrest,” he said.


In this article:COVID-19, Mask Mandate, ohio