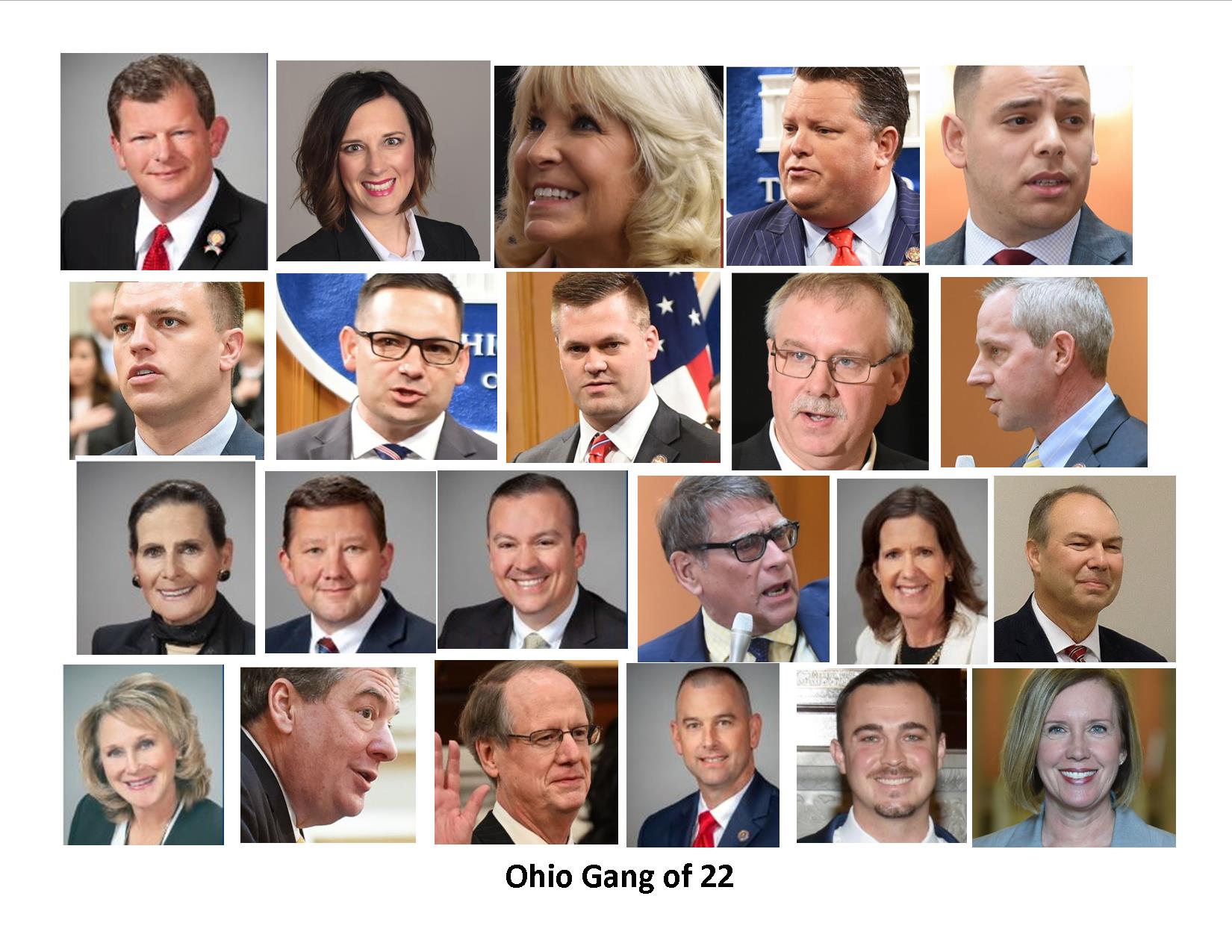 In a stunning turn of events, 22 Republican lawmakers joined forces with 32 Democrats to subvert the Republican supermajority and choose State Representative Jason Stephens (R-Kitts Hill) as next House speaker. This came as a shock after the Republican Caucus in November selected State Representative Derek Merrin (R-Moncolva) to be the new speaker and all GOP reps committed at that time to vote for Merrin on January 3 at the official floor vote.

The betrayal was so out of line that last Friday the moderate State Central Committee overwhelmingly voted to censure the Gang of 22 for breaking their oaths, disregarding their obligations to the party and their constituents and colluding with Democrats.

While Republicans reacted in anger, Ohio Democrats rejoiced that they had successful thwarted the largest Republican supermajority in decades to select the next House speaker.

Republican Party activists warned the Gang of 22 deal will harm on-going pro-life, educational choice, girls’ sports, and medical freedom legislative efforts as well as all Republicans candidates in upcoming redistricting negotiations. While some believe the act of censure of the Gang of 22 is punishment enough that will negatively impact their political futures, others advocate for efforts to vacate the office of what they consider an illegitimate House speaker.

On the other side of the aisle, Democrats can hardly contain their delight. Democratic Minority Leader Allison Russo was quoted as saying, “They needed our votes and we took the opportunity to make sure that we were going to be working with the speaker who we felt at the end of the day would work with us on the issues we could agree on.” Specifically she mentioned getting fair district maps and progress on priority bills, like education issues.

Blogger Jonathan Broadbent sees a silver lining in all this for conservative voters. He notes that similar betrayals have happened in the past but this time the outrage has been monumental in his view. The upside? Now conservative voters know who cannot be trusted. The Gang of 22 have revealed themselves to be politicians who are willing to betray their so-called conservative principles and constituents for money, power and influence.

The Traitorous Gang of 22 Revealed

Time to do your part

Email the Gang of 22 and let them know how you feel about them colluding with Democrats and how it will influence your support in the future.


In this article:Ohio House of Representatives