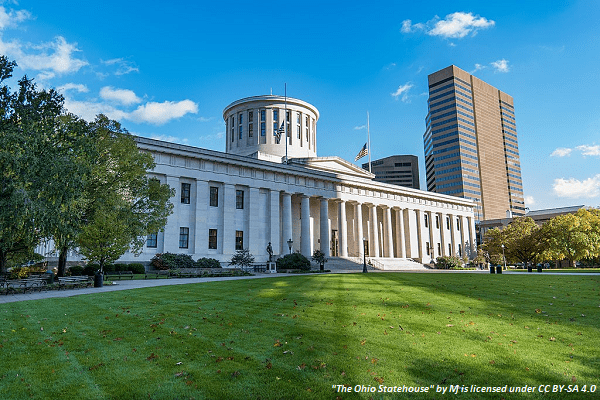 The Ohio General Assembly returned to work on Tuesday, as interim Speaker of the House Bob Cupp (R–Lima) announced the creation of the House Select Committee on Energy Policy and Oversight tasked with “crafting legislation to repeal and replace House Bill 6.”

The Coalition to Restore Public Trust, a nonprofit advocacy group with headquarters in Columbus, welcomed lawmakers back from their summer vacation by taking out a seven-figure ad buy across twenty-four legislative districts, calling on lawmakers to reject anything short of a full House Bill 6 (H.B. 6) repeal.

H.B. 6 was a $1 billion-plus conspiracy against Ohioans launched by state Rep. Larry Householder (R–Corruption) in 2018 and 2019.

For those who have been under a rock for the last two decades—including the 26 Republicans and 26 Democrats who voted for him to assume the Speaker’s seat—Householder served as Speaker of the House from 2001 to 2004, a reign ending when the Federal Bureau of Investigations announced investigations into allegations that Householder and his aides took kickbacks from vendors and traded legislation for campaign contributions.

In 2018, Householder, First Energy lobbyists and other Capitol Square corruptocrats planned his comeback tour, capped off with the creation of a $60 million slush fund called Generation Now.

Generation Now’s stated purpose was “social welfare and economic development.” Its actual purpose was paying off Ohio lawmakers to support H.B. 6 and pushing a $1 billion corporate-welfare scheme for First Energy.

Householder surprised his colleagues by attending the session, a move Cupp called “offensive,” noting that Big Larry’s presence “brought disrepute upon the House.” Imagine being so offensive that even other politicians think you’re a bad guy. Whew.

If you close your eyes, you can hear former First Energy lobbyist and DeWine legislative director Dan McCarthy speaking. What a ventriloquist act!

With so many moving parts, the good news was almost omitted: Big Larry appearing in federal court on Thursday and enter a plea to the charges leveled against him. May God and the court have mercy on his soul.