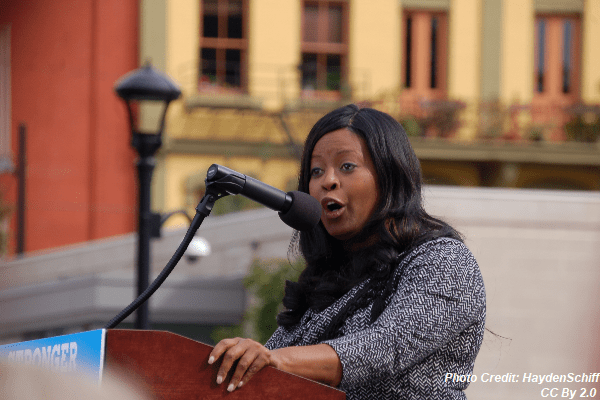 Everyone knows what “Eeny, meeny, miny, moe” is… everyone except former state Rep. and current Democrat candidate for Hamilton County Commissioner Alicia Reece!

The children’s counting rhyme is often used to select a person in games such as tag or other things. When using these chants or rhymes, the child who is pointed to by the chanter on the last syllable is either “chosen” or “counted out.” The rhyme has existed in various forms since well before 1820.

Feeling singled out by the question of where Hamilton County taxpayers’ money will be spent, Reece cried foul, saying the nursery-school rhyme was a racist “dog whistle.”

“Everybody knows that’s a dog whistle,” Reece said. “He’s using Donald Trump tactics. That is what we don’t need in Hamilton County.”

Explaining the blatantly obvious to the blind and dumb among us, Ohio Republican Party spokesman Evan Machan told the Cincinnati Enquirer that Reece is just making stuff up and hoping something sticks against her opponent.

“It is clearly not racist,” Machan said. “It dates back several hundred years. It is a child’s nursery rhyme.”

If baseless attacks over nursery rhymes are the best Reese can do, it’s likely that she won’t struggle to use the Anglo-Cymric Score—or any counting system—to add up her votes on Election Day, because the numbers won’t go that high!

Why is the Hamilton County Democratic Party and Kate Schroder encouraging community organizers to break the law?

It’s rare to find a new candidate who earns support from both party leaders and grassroots leaders during a primary. That is a big...