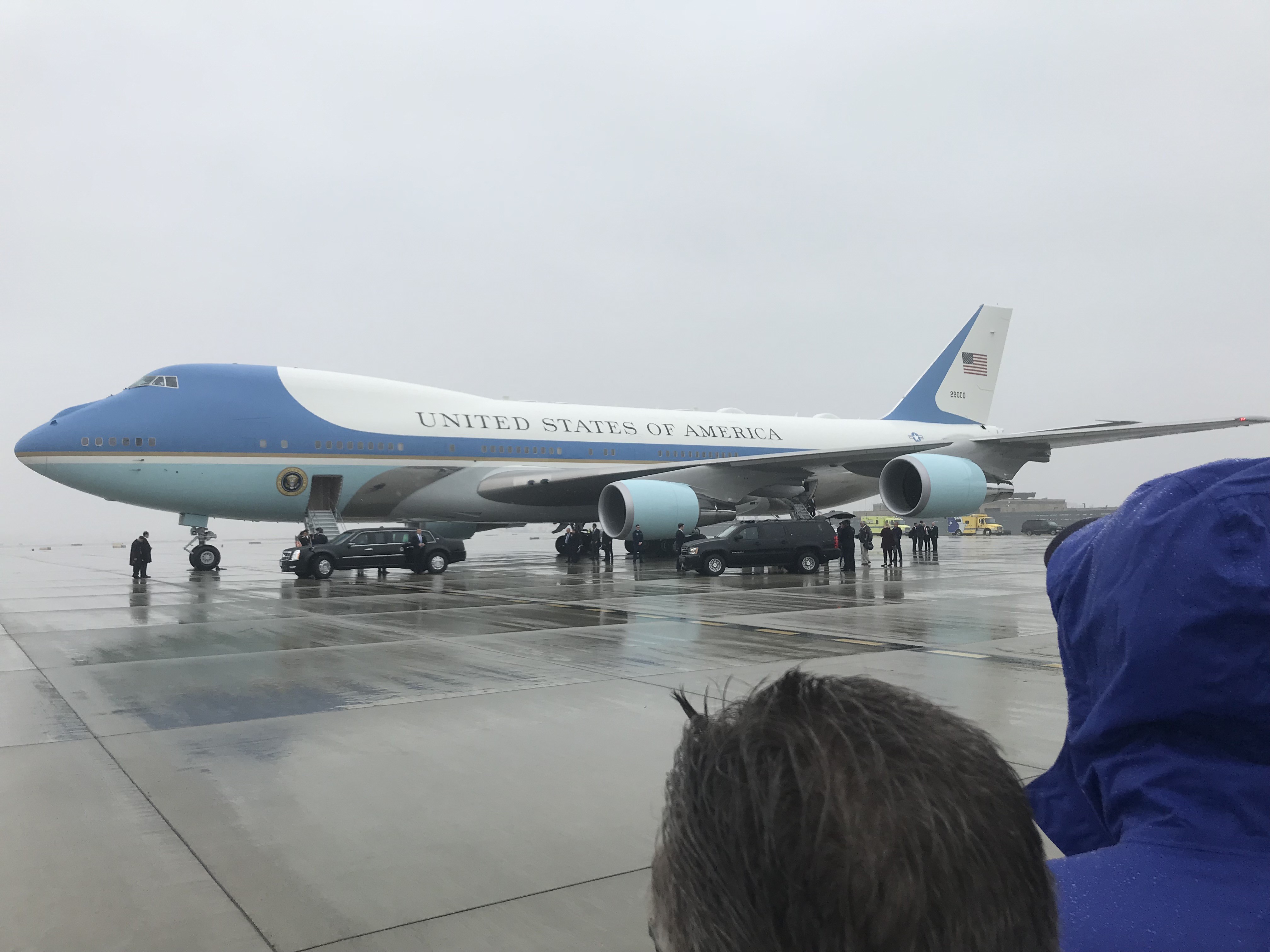 When Air Force One touched down in Cleveland today, there was someone noticeably absent – Rob Frost.

It was quite telling that when President Trump descended from the airplane, he was greeted by Congressmen Renacci and Gibbs, Ohio Republican Party Chairman Jane Timken, and Summit County GOP Chairman Bryan Williams. Even though Trump was in Frost’s home county, the embattled local Chairman was not there.

When the President was in Cuyahoga County, Williams was there but Frost wasn’t.

The Republican Party of Cuyahoga County Chair may have found himself to be a persona non grata after making a power play by recruiting candidates for State Central Committee, in what clearly appears to be an attempt to take control of the party.

The races that Frost apparently targeted are currently filled with Jane Timken loyalists. For example, Gene Allen is challenging Scott Kayser. Allen has been quite vocal in telling people that Frost recruited him to run. Kayser is a strong supporter of Ohio Republican Party Chair Jane Timken and in his first term on the Committee.

Frost had Alex Thomas help him recruit these candidates. Thomas, who is an SCC candidate himself, works at Roetzel and Andress with former ORP Chairman Matt Borges. Prior to that, he worked closely with John Kasich.

Frost tried to distance himself from the unpopular Governor at last week’s RPCC Central and Executive Committee meeting. That’s a hard pill to swallow as Kasich appointed Frost to the Kent State Board of Trustees just a few days prior.

John Kasich rules with an iron fist and a vindictive attitude. If Frost truly had been as disgusted with the Ohio Governor as he claimed to be, it’s hard to believe that Kasich would appoint him to anything.

It is often muttered that Rob Frost is the best Chairman the Cuyahoga Democrats could ask for. His repeated absence appears to be reinforcing that point.

These races are getting more interesting as primary election closes in.