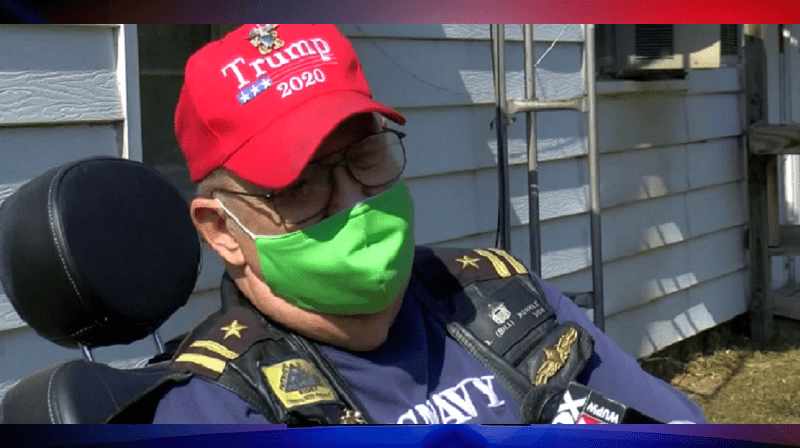 The home of a retired, disabled U.S. military veteran was vandalized on the night of October 6 because of political yard signs displaying his support for President Donald Trump.

After two yard signs had been stolen from the front lawn of Toledo resident Bill Kunkle, age 69, he put the sign in the window of his laundry room.

On the night of October 6, unknown individuals threw a brick through the window of his home, breaking the glass and knocking the sign down.  Kunkle is now concerned for his safety since that night, according to WTOL-TV 11.

“All I can think of is, what if I’d been in that laundry room when that steel door came flying open or if I’d been in the porch and that brick would’ve hit me,” Kunkle said. “I don’t like spending time in hospitals.”

Kunckle says political disagreements have become more violent and “nasty” over the years.

“When I was growing up, people disagreed but they didn’t get nasty about it,” Kunkle said. Nixon and John Kennedy were buddies when they were in Congress together. Kennedy’s father, Joe Kennedy; he contributed to Nixon’s campaigns. A lot of people don’t know that.”