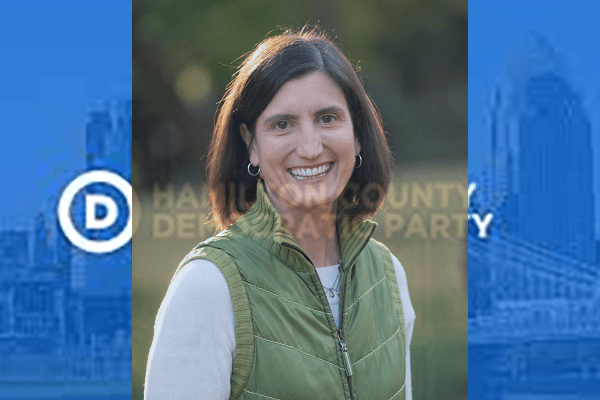 Ohio election law is clear: absentee ballots may not be collected or returned to a Board of Elections by anyone other than a voter’s immediate family. So why is U.S. House candidate Kate Schroder and the Hamilton County Democratic Party encouraging community organizers to break the law?

That’s all fine and good, but the conversation quickly took a turn for the illegal.

Fambro—the executive director of political consulting firm Black Fork Strategies and therefore someone we’d reasonably expect to be familiar with Ohio election law—began talking about ways people could break election law. According to this elections whiz, people who don’t feel comfortable dropping ballot off in person or using the mail “can drop it off to different organizations, like the NAACP, drop it off to the Hamilton County Democratic Party. Drop it off to them and allow them to put your ballot in that box.”

This is a bad idea, fam. Bro has it wrong. It gets worse.

Fambro encouraged people to help senior citizens vote by “helping them out, ‘here is your provisional ballot, here is your absentee ballot, I’ll drop it off for you.’”

Rightfully so, Ohio Republican Party chairman Jane Timken quickly filed a complaint with Attorney General Dave Yost, writing that Fambro’s explanation of the plan on Schroder’s show demonstrates that “the candidate and members of the Democratic Party are planning to illegally harvest ballots.”

You’d think that a political consultant of Fambro’s caliber, one in a position of power so high up in the Hamilton County Democratic Party, would know that her illegal ballot-harvesting plan is… well… illegal.

You’d think that Kate Schroder, someone who aspires to be a lawmaker, would know enough about the law to tell her guest that the hare-brained scheme to stuff the ballots is against the law.