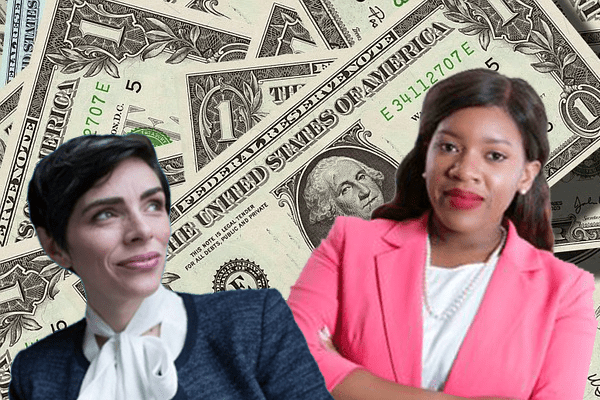 When you can’t find real people to run for office, you might have to find some ringers to do it for you. That seems to be what’s happening in Columbus and Dayton: two candidates for Congress are actually paid employees of the Ohio Democrat Party.

That’s right—the Ohio Democrats couldn’t find anyone who wanted to run for office against U.S. Reps. Troy Balderson (R–Zanesville) and Mike Turner (R–Dayton), so they had to bring in their own employees to do it.

The Ohio Republican Party filed a complaint with the Federal Elections Commission on September 10, demonstrating that Desiree Tims and Alaina Shearer are paid employees of the Ohio Democrats and received payroll as late as July 30, 2020.


The Federal Election Campaign Act of 1971 prohibits using campaign funds for personal use, including the stipulation that candidates’ salaries must come from “a candidate’s principal campaign only.”

Over the past year, there is no evidence that either Tims or Shearer have received salaries from their campaign committee.

However, there is plenty of evidence that the two ODP employees have been paid, every two weeks, directly by the Ohio Democrat Party. Shearer’s improper job nets her more than $70,000 a year, and Tims earns about $50,000 a year from the Democrats, all off the books of their campaigns and away from public scrutiny.

It’s well-known that Ohio Democrats have a long history of playing fast and loose with the law, especially when it comes to money, but this is a new low—even for them.

However, this scam brings up a good question: how disappointing must it be that the Democrats had no one willing to run for office in those districts, and were forced to bring in paid ringers to fill the space on the ballot? Sad!

Told You So: ODP Caught Being Pass Through For Bribes

When money and power are involved, it’s sometimes hard to stay on the straight and narrow path and follow the laws.  Apparently some Ohio...