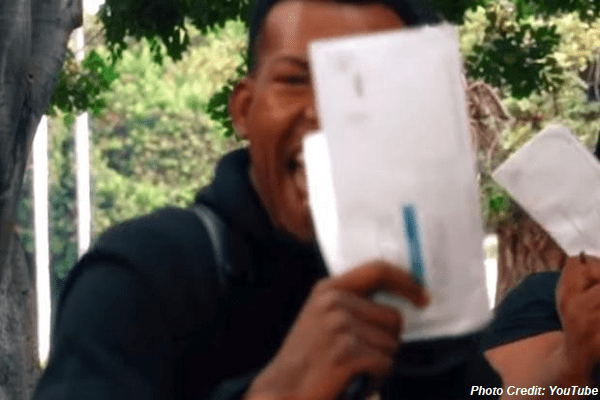 If you’re going to commit a crime, don’t tell anyone about it… and definitely don’t make a music video about it.

That’s the lesson that Fontrell Antonio Baines, age 31, is wishing someone had told him earlier. Baines, a resident of Hollywood Hills, CA, goes by the stage name “Nuke Bizzle.” Bizzle was arrested on October 19, charged with fraudulently obtaining unemployment insurance benefits under the Coronavirus Aid, Relief, and Economic Security Act (CARES Act).

According to the criminal complaint filed in California, Baines possessed and used at least 92 debit cards pre-loaded with unemployment benefits administered by the California Employment Development Department (EDD).  The debit cards were issued in the names of other people, including identity theft victims.

The applications for these debit cards listed addresses to which Baines had access in Beverly Hills and Koreatown.

Baines appears in a music video called “EDD,” posted on Youtube, in which he boasts about doing “my swagger for EDD” and, holding up a stack of envelopes from EDD, getting rich by “go[ing] to the bank with a stack of these,” referencing the debit cards arriving in the mail.

The lyrics of “EDD” including a line intoning “you gotta sell cocaine, I just file a claim.”  According to the U.S. Justice Department, “evidence gathered during the investigation established that at least 92 debit cards that had been pre-loaded with more than $1.2 million in fraudulently obtained benefits were mailed to these addresses, according to the affidavit.

Baines and his co-schemers allegedly accessed more than $704,000 of these benefits through cash withdrawals, including in Las Vegas, as well as purchases of merchandise and services.”


In this article:California, crime, Federal Bureau of Investigations

When you can’t find real people to run for office, you might have to find some ringers to do it for you...

Speaker of the House state Rep. Bob Cupp (R–Lima) says he wants to clean up the stink of corruption surrounding the Ohio House. Here’s...